Flybe or its known stylization as flybe is a regional airline that is based in the United Kingdom. It is the largest regional airline in Europe that is not owned by a parent company. However, after facing financial difficulties in 2017 and 2018, Connect Airways, a British consortium consisting of Virgin Atlantic and Stobart, purchased Flybe. After first being based in Jersey, an island off the British coast, the airline moved inland and currently has two hubs in Manchester and Birmingham. The airline changed its name multiple times – established as Jersey European Airways in 1979, then British European and finally, in 2002 renaming itself flybe. After completing its final rebranding, the airline repositioned itself as a low-cost regional airline. Serving over 80 destinations with 78 regional aircraft, Flybe does not limit itself to flying only regionally – as it has multiple destinations in mainland Europe. However, after the purchase of Flybe, the airline has adjusted some of its routes and aircraft, with most of the jet aircraft being phased out for turboprop-powered aircraft, such as the Bombardier Dash 8 Q400 or the ATR 72. If you have deep knowledge of these two aircraft, consider a career at Flybe, as the airline is always on the lookout for fresh and new faces in the cockpit. Flybe flies around 8 million passengers per year. It also has multiple codesharing agreements, allowing its passengers to board long-haul flights to other airlines. As an airline that is Close to you, flybe prides itself on having an exceptional group of people working for them, who always make sure everyone has the best experience possible. If you strive to be the best and want customers to receive the best service possible, consider a career in flybe! Flybe offers career options for pilots, cabin crew and engineers. 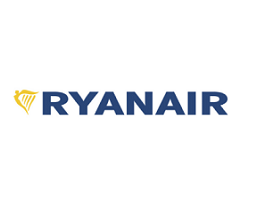